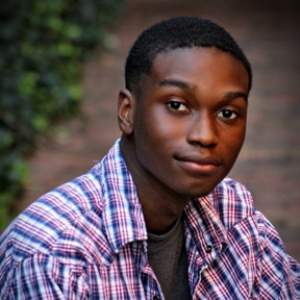 The 100 Black Men of Central Illinois recently announced Mr. Andrew Conton, of the Mentor For Life (M4L) program, has been named The 100 Black Men of America, Inc.’s 2019 Thomas W. Dortch Jr. Mentee of the Year! He is the second national Mentee of the Year award recipient from the Central Illinois chapter in the last four years, joining Markus Brooks, who received the honor in 2015.

Mr. Conton is a senior at Peoria High School, where he earned a 3.8 GPA, and has been a mentee with The 100 since the Central Illinois chapter expanded to Peoria, IL in 2016. Conton, 18, has accepted a full scholarship to attend HBCU Benedict College in Columbia, SC, where he will major in music industry. Mr. Conton’s love of music runs deep, as he is a member of the Peoria High marching and concert bands, the Peoria Jazz All Stars, the Bradley University and Eastern Illinois University Honors Bands, the Solo Ensemble and the Illinois Music Education Association. After college, he aspires to be recording studio engineer.

“Being active at Peoria High School and within the community has made me a well-rounded individual,” Conton said. “Being passionate about science, art, and politics, I plan to use all three to reignite my community. I want to inspire people to become self-starters, embrace their individuality, and utilize technological innovation.”

• Airfare and hotel accommodations for three nights at Caesars Palace in Las Vegas, where he will be recognized at The 100’s national conference

Mr. Conton was one of the founding mentees of our Peoria M4L program. As an upperclassman, he consistently displayed a level of leadership and willingness to partner with the mentors to help share his perspective with younger mentees. He embodies the qualities The 100 looks to develop in young Black men.

The Central Illinois chapter of The 100 Black Men could not be more proud of Mr. Conton’s achievements. The future is bright for this young man!