Six Distinguished Individuals to be inducted into 2018 Hall of Fame 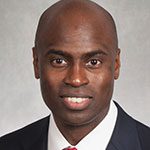 The African American Hall of Fame Museum will celebrate 30 years of existence during this year’s Annual Red, Black and Green Ball on February 24. Founded in 1987, the African American Hall of Fame Museum’s (AAHFM) mission is to educate through preserving and promoting art, history and artifacts that highlight African American achievements in our community and beyond. Each year the AAHFM inducts individuals who have contributed to African-American History and advancement through outstanding service and/or community leadership and have given of their time and resources. The inductees are individuals who have acted with integrity, faith and confidence on behalf of the community, as well as been catalysts for positive change. This year, the organization will also recognize those visionary heroes who worked together to make the AAHFM a reality.

The AAHFM supports African-American graduating seniors of Peoria District No. 150 and Bloomington high schools who are pursuing higher education at an accredited college or university. Each year several scholarships are awarded to support and encourage community involvement among African-American students. The recipients must have a minimum high school cumulative grade point average of 3.2 on a 4.0 scale, exhibit leadership qualities through activities, interests and affiliations within school and the community and be accepted at an accredited college or university for the 2018-2019 academic year.

The 30th Annual Red, Black and Green Ball will be Saturday, February 24 at the Peoria Riverfront Museum. This year’s theme will be “Building a Successful Legacy.” The cocktail hour, including a silent auction and 50-50 raffle, will begin at 5:45 p.m., followed by the dinner and formal program at 6:30 p.m.

State Farm Executive Vice President Technology, Digital and Innovation, Duane Farrington, will be the guest speaker. Mr. Farrington began his career at State Farm in 1980 and has held numerous frontline positions across the United States. His compelling story of meeting challenges and maintaining a competitive edge will inspire students, parents, professionals and leaders to envision a future without limits.

At the ball, the museum will induct the following into its 2018 Hall of Fame:

Michael Sutton, PE, William Watkins Jr. Founder Award. Sutton is president and chief executive officer of Infrastructure Engineering, Inc. He has more than 30 years of successful professional experience with the study, design and construction of roads, bridges, transit, airport, water, parks and building sites and structures. Sutton is also founder of Universal Agape Foundation and a founding member of the National Organization of Minority Engineers.

Major Leroy Clark II, Joshua I. Smith Corporate Diversity Award. Clark was appointed by President Obama and President Trump to serve as the Acting Chief Counsel for the Office of Advocacy of the United States Small Business Administration. In his earlier tenure in public service, he received national recognition as the first African-American to serve as the Chief Administrative officer for the Small Business Committee of the U.S. House of Representatives.

Marcia J. Bolden, Geraldine Mitchell Public Service Award. Bolden has devoted more than two decades of her life to the advancement, advocacy and empowerment of others through education and public service. She serves on multiple boards and advisory committees throughout the Greater Peoria Area primarily focused on the K-12 education system, family supports, and behavioral health initiatives. 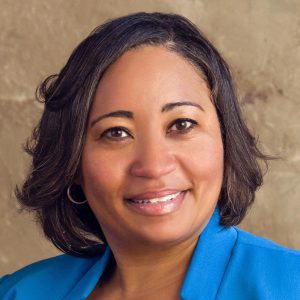 Dr. Jamel Santa-Cruze Wright, Excellence in Education Award. Wright is the first woman and first African-American to lead Eureka college as President.  She is a visible, prominent and highly respected professional and community member locally and nationally.  She is an author, trainer and consultant on current issues related to communication, leadership development, and diversity & inclusion.

Dr. Chris Reynolds, PhD, JD, Excellence in Athletics Award. Reynolds, a native of Peoria, is Bradley University Director of Athletics. He is a 1989 graduate of Peoria High where he was a two-time all-state player, a Parade All-American and led the Lions to a runner-up finish in the 1989 IHSA AA tournament. He went on to help lead the Hoosiers to Big Ten titles in 1991 and 1993. He was inducted into the Greater Peoria Sports Hall of Fame in 2004.

Lorraine B. Carter, Arts & Entertainment Award. Carter, a native to Peoria, is a distinguished award-winning American Artist, master barber, poet, writer and award-winning community leader. Her paintings have been exhibited at world-renowned art fairs and won numerous awards and her poetry has been published and admired. She has received numerous awards for her community activism, including the City of Peoria’s “Neighbor Award” in 2012.

Tickets to the ball are $60 per person. For more information, visit www.aahfmpeoria.org, email aahfmpeoria@yahoo.com or contact Rosemary McCullough at 360-0990 or 673-2206.