This year, we honor Lynn Pearson with the prestigious Dr. Martin Luther King, Jr. Commemorative Service Leadership Award. The award goes to an individual or group that has made a significant recent contribution having great impact to our community.

If the late James Polk was the dean of local black elected officials, she is the grande dame. She had to retire for someone else to finally take her seat. She hadn’t lost an election in 32 years. She knows the ins and outs of local government, having served on tax committees, health services and executive committees. She also knows the ups and downs of local politics, having served during key campaigns to expand the size of the courthouse, cut the size of the board and build a jail, a nursing home and a museum.   Outside of her elected position, she has served on numerous boards and commissions. The Peoria City-County Landfill Committee, City of Peoria Police and Fire Commission, and other committees sounds like boring, tedious work. She would probably say it is. But much of it involves details where it’s absolutely necessary to have a voice at the table. She may be retired. But she is the voice of wisdom we need to consult as we go where we’re going from here. She has always understood, as King said, that power at its best leads to justice. . .and justice at its best is love.

Dawn Jeffries, Drum Major Award for Education and Mentoring. She is the founder of Girls Light Our Way, or GLOW. With her background, she could spend all her time building her own health, wealth and social status. After, all she is a certified yoga instructor, a financial advisor, and former head of a global division of Merrill Lynch that oversaw more than $1 trillion in client investments. She happens to be current president of the Illinois State Medical Alliance, where she’s promoting health, wellness and financial literacy for young women throughout the state. She’s been doing the same kind of citizen education work in a mentoring program at Manual Academy for four years. Her girls don’t just rock, they GLOW.  This fall, they had a red-carpet release party to showcase the rap video they wrote, performed and produced. The organization also sponsored free movie tickets for 200 local girls to see “Hidden Figures,” the true story of the black female mathematicians who were crucial to the space race and astronaut John Glenn’s orbit around the earth. 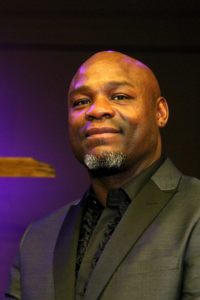 Terry Burnside, Drum Major Award for Community Support. For his work throughout the city and particularly with Peoria Community Against Violence. In a 1967 speech, also entitled “Where Do We Go From Here,” King said, “I’m concerned about justice, I’m concerned about brotherhood, I’m concerned about truth. When one is concerned about that, he can never advocate violence.” Dr. King was talking about violence on a global scale. Burnside’s name is well-known, but it wasn’t always known for non-violence. But, as King said in that same speech, the man cannot ride your back unless it is bent. When this man straightened his back, Peoria gained a strong, street-smart ally in the stand for radical truth and transformation to end street violence.  He is the man who makes us stand down to stand up for peace.

Peace for Peoria, Drum Major Award for Religious Freedom. Christianity. Islam. Judaism. When local leaders of the three major religions began meeting, they may have created a model for the nation. And the world. It began with honest, open talks among three faith leaders, an Imam, an evangelical pastor and a rabbi. But it has grown into much more. . .a community-wide stance against fear and  intolerance and a radical embrace of the transformative values King preached.

They are an interfaith alliance. Hundreds learned to “Know Islam. Know Peace” during two public gatherings. Thousands saw the same message in billboards throughout the city. The conversations continued, in public and private settings. . in a book, in a documentary, in the Q & A sessions that became “The No Joke Project.”  The project is scheduled to tour five other cities, including Chicago, Nashville and Cincinnati. Dr. King asked “Where Do We Go From Here? Chaos or Community?”  Peace for Peoria clearly chose community. 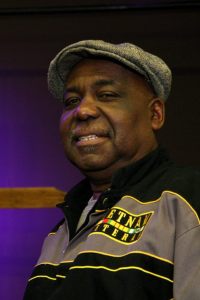 Jessie McGown. Drum Major Award for Restorative Justice. For his tireless volunteer work on the East Bluff, with Glen Oak Community Learning Center, the Juvenile Justice Council and Peoria Community Against Violence. It began with what King called “divine dissatisfaction.” But the divinity of this man’s dissatisfaction came later. Dissatisfaction turned to anger when he faced Mississippi discrimination after returning home from Vietnam. Anger turned to murder and prison time in Mississippi’s notorious Parchman prison. And prison led to truth and transformation. He transformed himself from the angry young man he had once been, then turned his time, attention and money to trying to keep others from repeating his mistakes. His persistence led to an invitation to join the Parent-Teacher Advisory Committee of Peoria Public Schools. And his growth led him to begin exploring more restorative justice practices in Peoria.